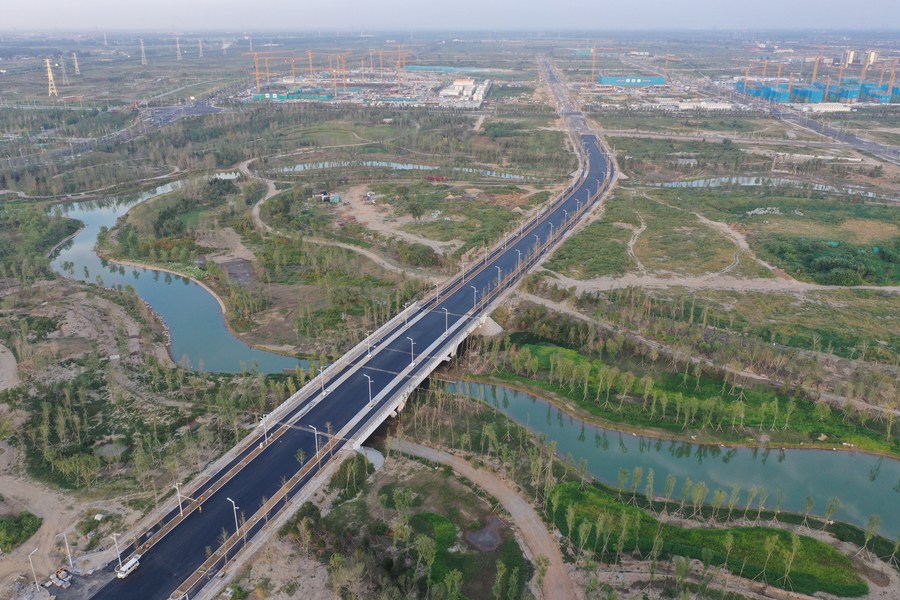 SHIJIAZHUANG - A new expressway between Beijing and Xiongan New Area, in North China's Hebei province, opened to traffic at noon on last Saturday, according to Hebei traffic authorities.

The Beijing-Xiongan expressway will help reduce travel time between the two locations to about 50 minutes. The newly built expressway is a major component of Xiongan New Area's traffic network, with its main section running from Beijing's sixth ring road and covering a total of 81 km.

Xiongan New Area spans the counties of Xiongxian, Rongcheng and Anxin in Hebei, and is home to Baiyangdian, a major wetland in northern China.

Located about 100 km Southwest of Beijing, the new area will help advance the coordinated development of the Beijing-Tianjin-Hebei region. It has been designed as a major recipient of functions previously located in Beijing but that are not essential to its role as China's capital. The new area has also been designed to explore a new development model for densely populated areas.