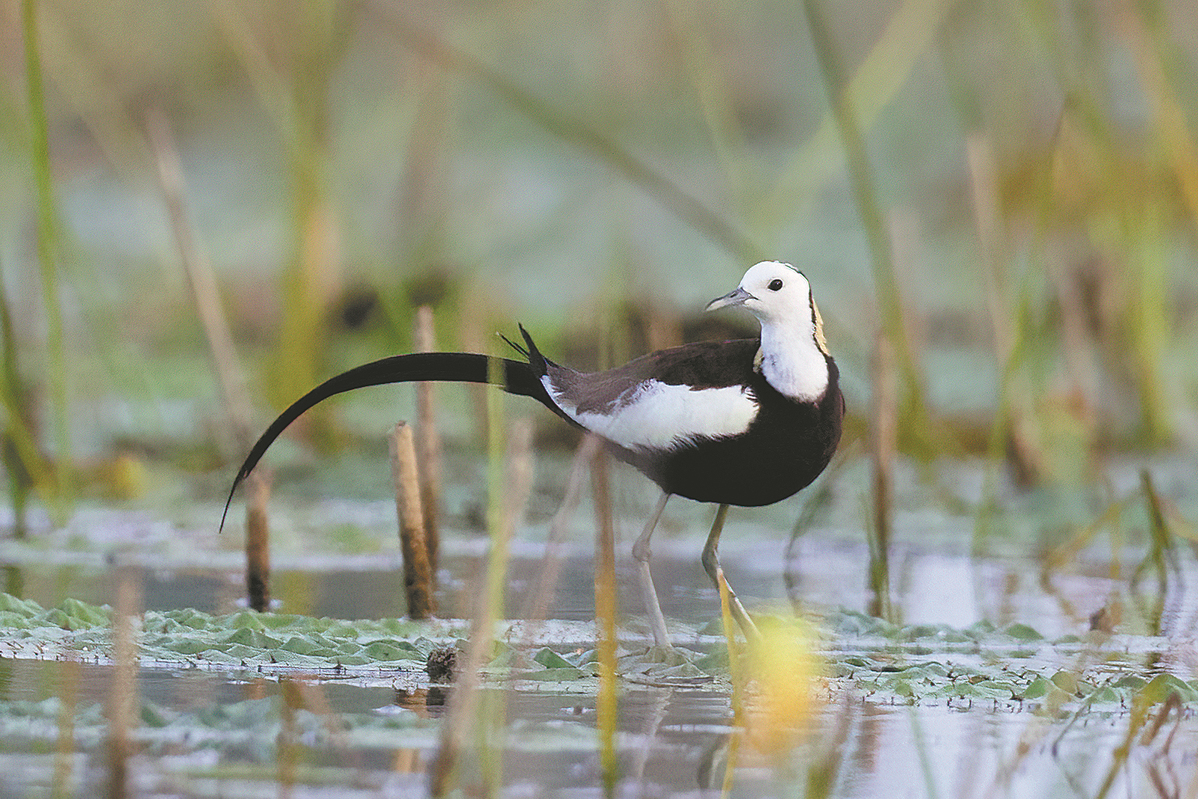 Improved water quality attracting more bird species than ever, including many that had stopped coming

Baiyangdian Lake, the largest freshwater wetland in Xiong'an New Area, Hebei province, is a habitat for 242 species of wild birds, 36 more than before the area was established in 2017, according to its administrative committee.

The wetland covers about 360 square kilometers and is comprised of about 140 small lakes.

"The lake is beautiful. We must protect the wild birds here and allow them to enjoy nature freely," Tian Yongfeng, a voluntary bird protector at Baiyangdian, was quoted as saying by the Xinhua News Agency.

Tian was thrilled by the report delivered to the 20th National Congress of the Communist Party of China last month, which stressed the need to pursue green development and promote harmony between humanity and nature.

There are more than 2,000 volunteers like him. All are willing to do something to create that harmony, motivated by the fact that the lake's environment has improved greatly and its biodiversity has increased significantly.

Thanks to a series of environmental protection and restoration efforts in recent years, Baiyangdian's water quality reached Grade III last year, according to Xiong'an's Department of Ecology and Environment, up from Grade V or lower in 2017.

Han Zhanqiao (left) introduces wetland and bird conservation to a group of primary students at the lake. (Photo by LIU XUN/FOR CHINA DAILY)

As a result, the number of birds and other species has increased, and they remain at the lake longer, according to the administrative committee.

Some rare and endangered birds have been spotted, including Baer's pochard, a critically endangered species of diving duck.

To provide better protection and a good home for the birds, local authorities have designated nine sections in the wetland as major habitats.

One has become a regular stop for Han Zhanqiao, a primary school fourth-grade math teacher in Tongkou village.

The 48-year-old has volunteered to protect birds near his home since he saw a swan five years ago, a bird he hadn't seen since he was a child.

Han was born in the village, the eastern side of which is surrounded by Baiyangdian. In the autumn of 2017, Han photographed a mute swan in the wetland by chance.

He treated the bird like a treasure and regularly patrolled the wetland to provide help in case of need.

"In the winter, the lake was frozen, so I made a big hole in the ice so the swan could look for food," Han said, adding that it safely migrated southward a few months later.

"I am glad that the natural wetland near my home has become a home for such beautiful birds, and I'm more than willing to do my part to promote harmony between humans and nature."

Since then, going to the wetland and caring for the birds has become a regular part of his life.

One Tuesday afternoon, he visited after school to make sure none of the birds was injured and if any new species had arrived.

"I stay for about two hours a day. The area is about 2 square kilometers," Han said. It takes about 10 minutes by motorcycle to make the 6-km journey from his home to the wetland. 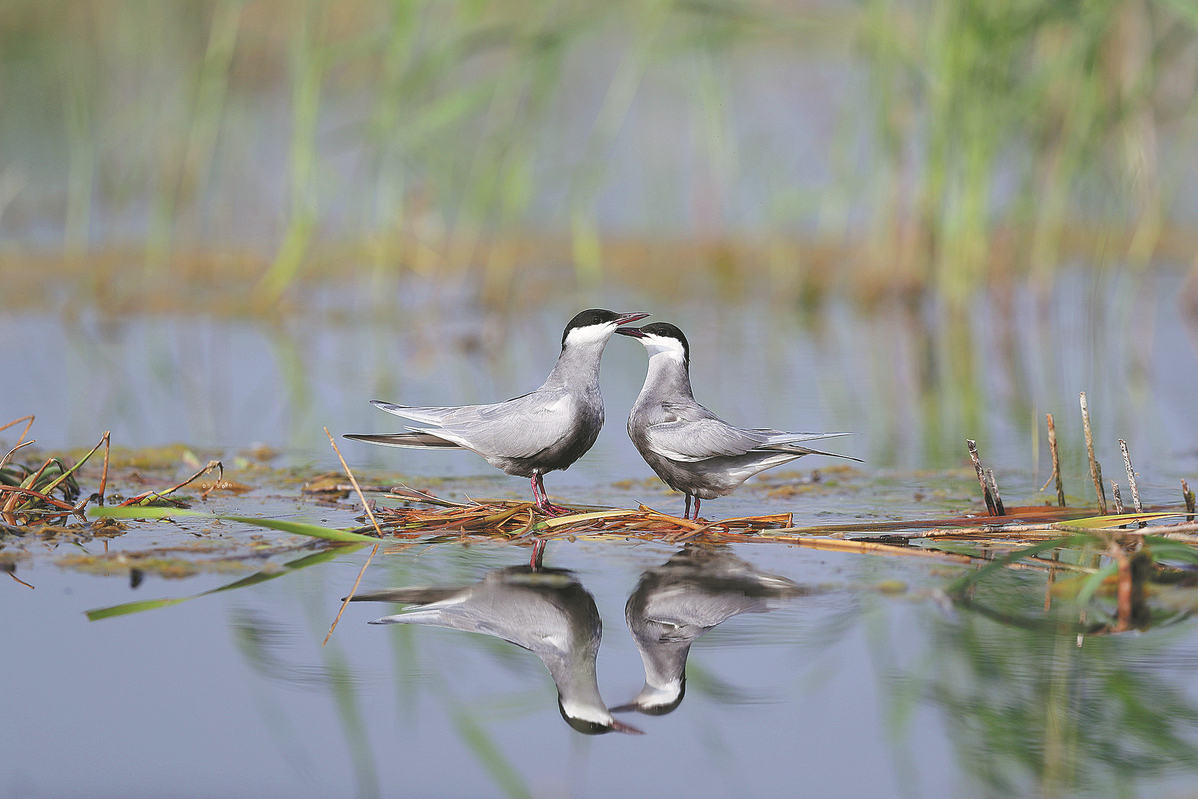 A pair of whiskered terns breeds in the wetland. (Photo by LIU XUN/FOR CHINA DAILY)

He has recorded over 60 species of birds.

"It's all because the water is cleaner. No one is pickier about the environment than the birds," he said.

Han also takes students with him, hoping to show them that their area is home to all kinds of beautiful birds.

"They need to get to know the birds first, and then they will become aware that they need to protect them, especially when they see how beautiful they are," he said.