Both its style and components including eaves, rafters, arches, stigma, columns, and horizontal plaques were made in accordance with Song Dynasty (960-1279) construction. 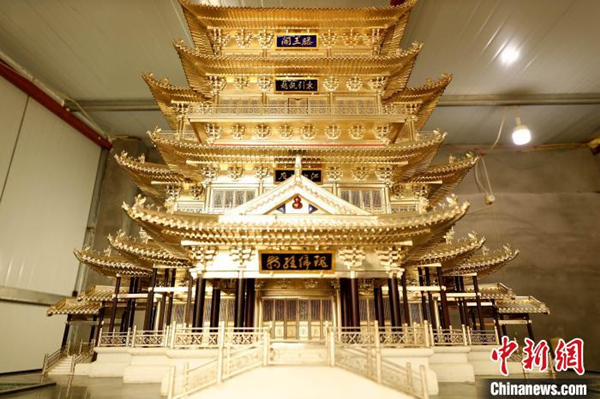 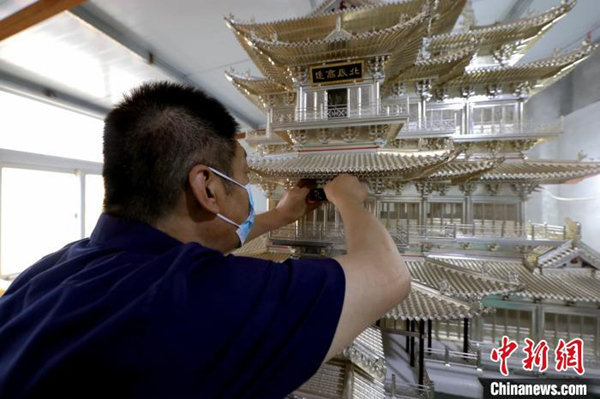 Qian Haiqiang puts up a plaque for the miniature of Tengwang Pavilion. Photo by Chinanews.cn

"Compared with the real Tangwang Pavilion, making this miniature version was not that easy. All its parts are so small that you must be careful, otherwise you will screw it up. You must be patient and persevering," said Qian.

Qian had learnt the gold and silver filigree craft from his father for over 30 years since he graduated from middle school. He finally stood out among other apprentices thanks to his considerable efforts. 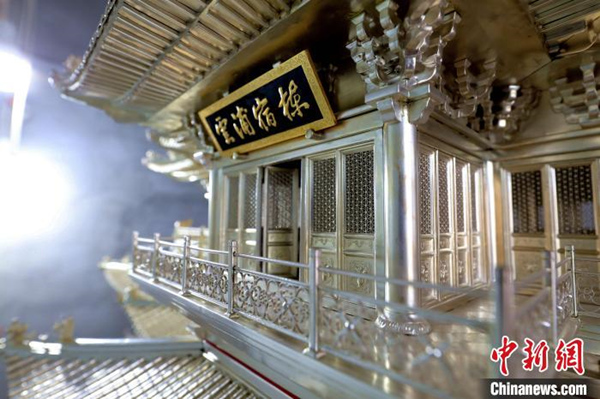 In 2016, Qian had an idea of building a silver model of Tengwang Pavilion at a ratio of 1: 36 using the gold and silver filigree craft. 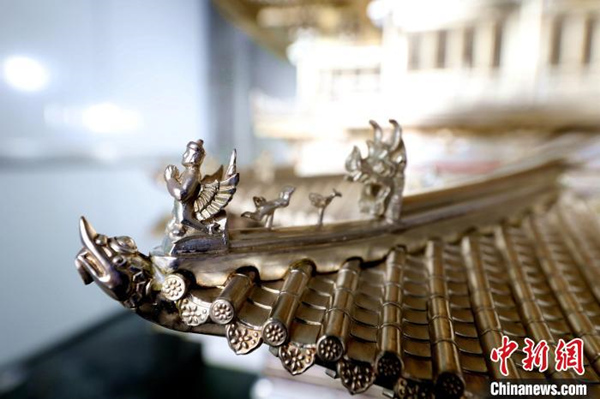 This craft has become a municipal intangible cultural heritage and Qian is passing on it to his students for better inheritance and protection.

What they are inheriting is not only a skill, but also a culture, said Qian.