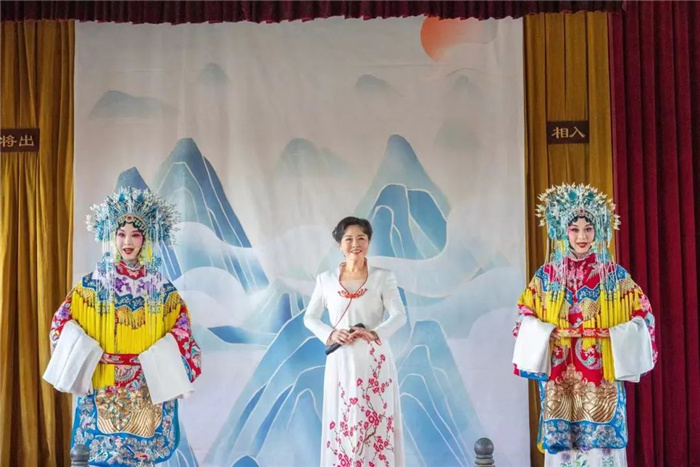 The opening ceremony of the Peng Huiheng Opera Art Inheritance Studio was held at the Yuanqu Museum of Zhengding County on May 1.

Many famous opera masters presented their favorite pieces at the ceremony.

Peng Huiheng, after whom the studio is named, is a teacher of the Hebei Vocational College of Art. She is a national first-class actress, and winner of the 13th Plum Blossom Award.

She has starred in more than 40 opera pieces such as Medea, Meng Jiangnu, Sacrifice and Lv Yulan. She has also conducted performing tours for cultural exchange in more than 10 countries and regions including France, Italy and Greece.

The Peng Huiheng Opera Art Inheritance Studio will offer a space for modern dramas, which integrates opera art research, collation, exchange, exhibition and performance. It is an important measure designed to tap the leading roles of opera masters to foster opera inheritance and talent training.