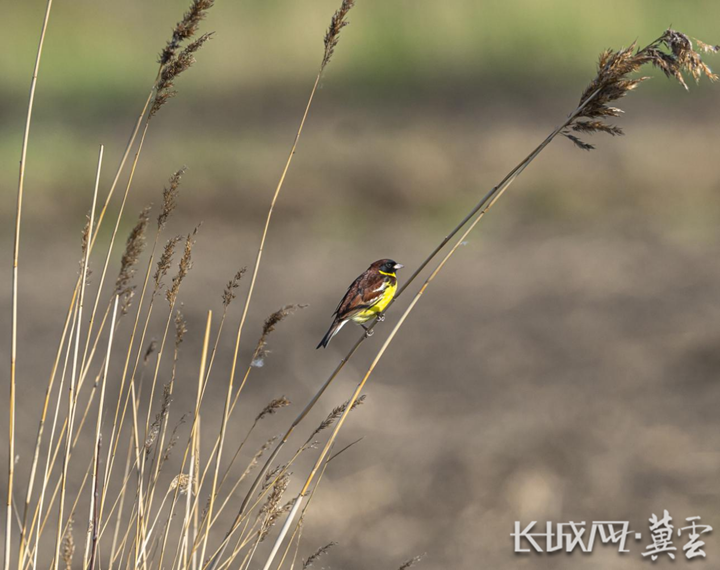 Two rare birds have been spotted perching on the reeds in the Golden Coast National Nature Reserve in Changli County of north China's Hebei Province.

The birds have been identified as yellow-breasted buntings, which are under first-class national protection, according to the staff of the nature reserve.

The most distinctive feature of the rare bird is a plume of bright yellow feathers on its chest. It was rated "critically endangered" by the International Union for Conservation of Nature (IUCN) in 2017 and listed by China as a national top-level protected wildlife in 2021.

The yellow-breasted bunting has only a small number of records in the coastal areas of China during the migration period of spring and autumn every year, said Jin Zhaoguang, deputy director of the management center of the Golden Coast National Nature Reserve.

In recent years, the Changli Golden Coast National Nature Reserve has been vigorously implementing wetland ecological protection and restoration projects such as returning farmland to forest, wetland and grass. This has significantly improved the ecological environment and gradually enriched bird, wildlife and plant resources.

During the bird migration season, many kinds of national-level protected animals, such as the Danting Crane, White Pillow Crane and White Crane, can be spotted.