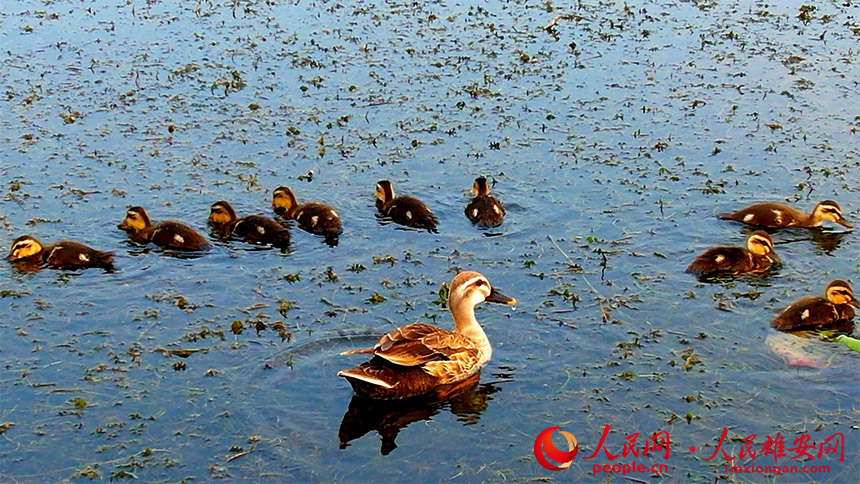 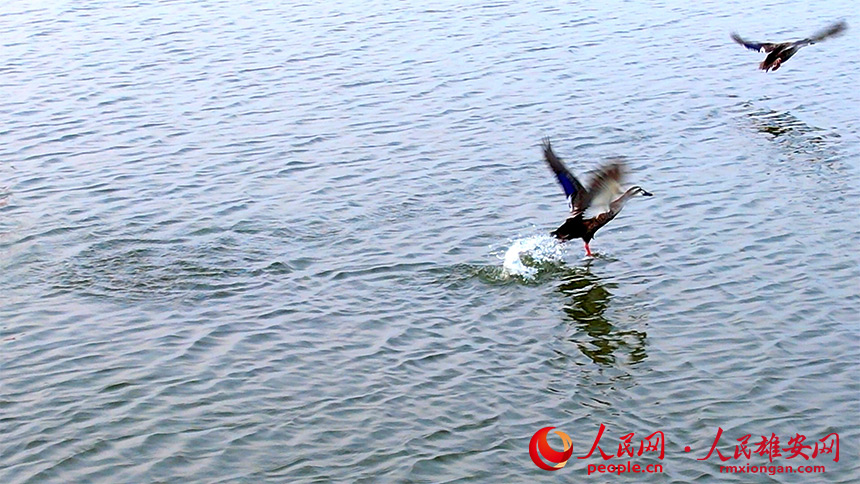 Two Chinese spot-billed ducks fly up above from the water surface. (Photo/Gao Teng)

Chinese spot-billed ducks were recently seen playing and foraging with a flock of adorable chicks in the Baiyangdian Lake of the Xiong’an New Area, north China’s Hebei province.

The bird species is on China’s list of terrestrial wild animals which are under state protection and are of important ecological, scientific and social value. At first it was only a migratory bird species in the Xiong’an New Area; and now it is a resident species that has produced and started to raise offspring in the area.

Baiyangdian Lake represents the largest wetland ecosystem in northern China and plays an important role in maintaining an ecological balance.

Over the past years since the establishment of the Xiong’an New Area, the new area which is of national significance has made unremitting efforts to ensure work related to water replenishment, pollution control and flood prevention through a holistic approach and coordinated measures. Thanks to these efforts, the ecological environment of Baiyangdian Lake has improved significantly. In 2021, the water quality of Baiyangdian Lake and upstream rivers with water flowing into the lake reached Grade III (i.e., good quality) or above in China’s five-tier water quality system.

While continuously intensify efforts to promote the ecological restoration and conservation of Baiyangdian Lake, the Xiong’an New Area has accelerated efforts to restore and build habitats for birds. Step by step, it has established a complete monitoring system for biodiversity protection, and created a sound environment for various wild animals, including migratory birds, fish, and benthonic animals. Today, Baiyangdian Lake has restored its natural beauty and has become a paradise for birds.