An applet that allows users to tour the Great Wall on their mobile phones was recently launched. It marked another innovative application of digital technology in the field of cultural heritage protection.

The mini app in the Wechat platform, jointly developed by China Foundation for Cultural Heritage Conservation and Chinese tech giant Tencent, offers an opportunity for users to act as both a visitor to the Great Wall and a worker repairing the Great Wall in the virtual place, presenting them the splendid culture and scenery of the Chinese ancient structure, and calling for more efforts from the society to protect the Great Wall. 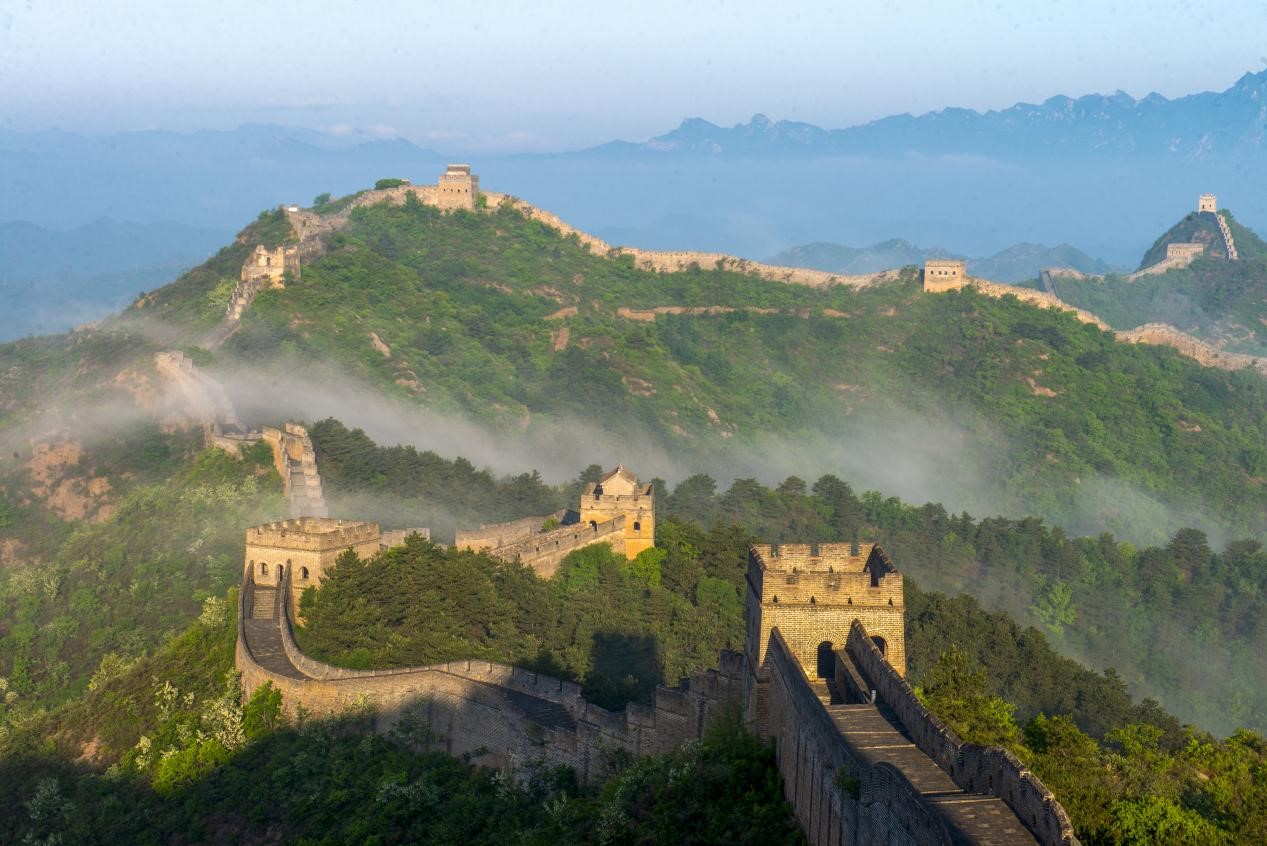 As the largest cultural heritage by size in China, the Great Wall is a symbol of the spirit of the Chinese nation. However, some of its sections collapsed or were wrecked by rains and storms in the past century, and some of them may even vanish in the near future.

Since 2016, the conservation, administered by the NCHA, has launched a series of public service activities about the Great Wall in collaboration with Tencent. To make the service attractive, the two organizations explored a new way of social participation and launched the applet, which includes systemic and controllable data about the gigantic cultural heritage.

After field scans and digital reconstruction, a 3D model of the restored Xifengkou Great Wall in north China's Hebei province is believed as a notable part of the applet. It marks the first time in the world to realize a millimeter-level high-precision, immersive and interactive digital restoration of the Great Wall through cloud gaming.

Cui Xiaochun, vice president of Tencent's Interactive Entertainment Group who's also in charge of the applet's research development, said that the digitalization of the Great Wall was an idea put forward years ago, but the technologies back then were not able to make the outcomes convenient, accessible or attractive enough to the public. It was the technological development made in recent years that offered new approaches to the digitalization, he added.

A number of technologies were employed in the applet to make the virtual environment lifelike and improve the user experience. The development team took over 50,000 photos of the Great Wall through photo-scan modeling technology with millimeter-level measurements, in order to create a 3D model covering over 1 billion facets. More than 200,000 virtual trees have been "planted" in the surrounding mountains around the virtual Great Wall, allowing a "one-shot" view of the entire natural environment. 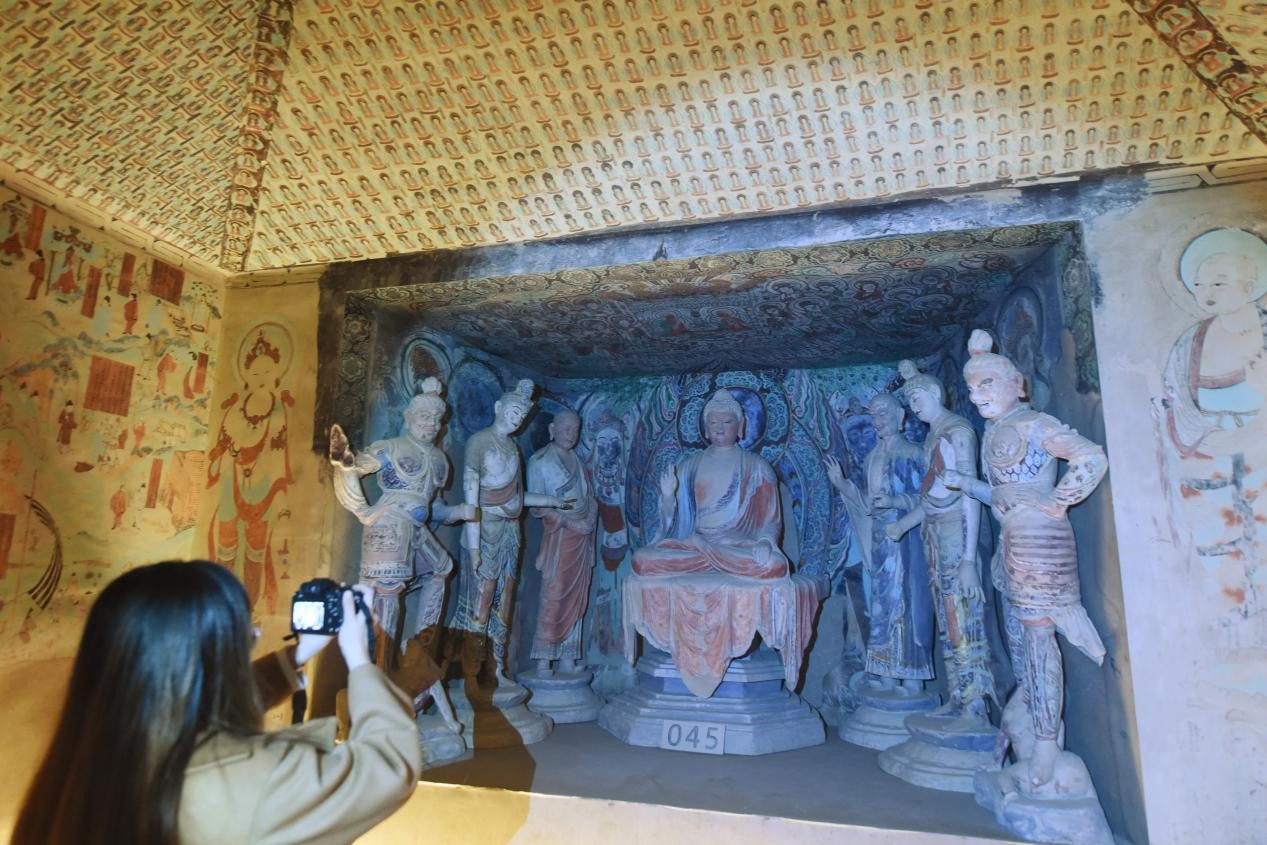 A visitor takes a photo of the Cave No.45 replica of the Mogao Grottoes in Dunhuang, northwest China's Gansu province, which is exhibited at the Zhejiang Art Museum, east China's Zhejiang province, April 17, 2022. The replica was made with 3D-print technology. (People's Daily Online/ Long Wei)

With real-time rendering and dynamic lighting technologies, users can move freely in the virtual environment and even enjoy the beautiful scenery change between morning, noon, and dusk.

Powerful cloud gaming flow control algorithms ensure that the huge digital assets can be presented to the users with 3A-grade viewing effects and interactive experiences on phones and other mobile terminals.

Apart from presenting users with a technological and immersive experience, the applet also popularizes knowledge about the Great Wall and its maintenance through interactive games. The credits gained by users in the games can be donated to respective protection projects, which turn their online participation into tangible contributions.

"Technology and communication are important forces ensuring cultural relics protection," said Gu Yucai, deputy head of the NCHA. The applet brings the public closer to the cultural relic, and guides the public to actively join the protection of the Great Wall, he noted, adding that the applet is a useful practice that promotes innovative development and transformation of traditional Chinese culture.

It is learned that the applet will be applied to a number of museums located along the Great Wall, to draw wider public participation in the protection of Chinese cultural relics.